A Special Message for Our Donors and Supporters

To emphasise the importance of a contribution coupled with an unselfish heart, I would like to share one of my favorite childhood stories.  Now, anyone whom has attended my Sunday School class or heard me give a speech will affirm the fact that I like to employ fables, wise tales, stories and allegories to highlight or illuminate a moral precept. So without further ado, consider the story of Stone Soup and how its lesson demonstrates how one unselfish child changed the health of his whole community and brought many isolated people together by sharing what little he had to offer.

After going days without eating and being turned down by people hiding behind their doors the boy took ​his pot to the middle of town, lit a fire beneath it added water and placed a stone in the pot.  Curious on-lookers peeked out their windows to see what type of food the boy possessed.  Unable to see, the onion grower exited his home and approached the boy, "what are you cooking" he asked, "stone soup" replied the boy.  The man asked if he could add onions to the soup and share it with the boy.  "Of course," replied the boy, so the man returned and added the onions, another neighbor came out to see what was going on and asked if he could add carrots, then, the cabbage grower, the potato grower, the tomato grower, and many more.  Soon the whole town had added something to the pot and took turns stirring the pot as one large family.

Once the soup was done, they sat down together and thanked God and Son for the nutritious meal he had provided.  The more the people gathered and shared their gifts as one united family, the healthier they and their village became.  I Corinthians 12:12-13 “12 For just as the body is one and has many members, and all the members of the body, though many, are one body.  Likewise all people within the world together is just one body of humans despite, our different shades of skin color or ethnic grouping; we are just one body of people.  That is why diseases such as breast cancer, prostate cancer, diabetes and virus kill people of all human origins no matter what geographic area you derive.  Thus, the war against diseases such as breast cancer must be fought by all people male and female, black white and yellow.  As the little boy demonstrated we can all improve the condition of the body of people we call - the human family, by sharing what little we have.  Musician and songwriter James Brown famously proclaimed, "It's a man's world, "but it would be nothing, nothing, not one little thing, without a women or a girl."  Thus, the Fellowmen of The Philadelphia Graduate Chapter, Inc. of Groove Phi Groove thank all our donors whom gave to this worthy cause to support the sisters, daughter, nieces, wives and mothers we love.

There is no better gift to give on Mother's Day than the give of life?  Join Team Groove next year or support our effort via a donation as we step out to support the women we love and cherish on Mother's Day 2017.  Once again, we humbly thank those who gave $50, $20, $10, $5.00, and Johnson and Johnson, Corp. which generously matched the gift of one of our donors.  Note.  All donations are tax deductible, meticulously accounted for and turned over to the Susan G. Komen Foundation for the fight against breast cancer and the overall health of our whole community.  ~ Susan G. Komen Philadelphia  tax ID: 75-294926

There was a town where many people lived and grew their own food.  Some had a talent for growing vegetables, some a talent for growing legumes-carrots/beets/potatoes, some grew onions, but they all grew different food staples and ate what they grew without sharing.  As time went by the health of the people declined because they were not getting all the vitamins and nutrients they needed.  In fact, they were so selfish that once they tilled their gardens they return to their homes and remained shut-in out of fear of being asked for food from a neighbor.  Thus, their exposure to the sun was limited.  However, there was one little boy whose family did not grow any food, but they had a big black cauldron-cast iron pot.​

A Word of Thanks to Our Supporters From 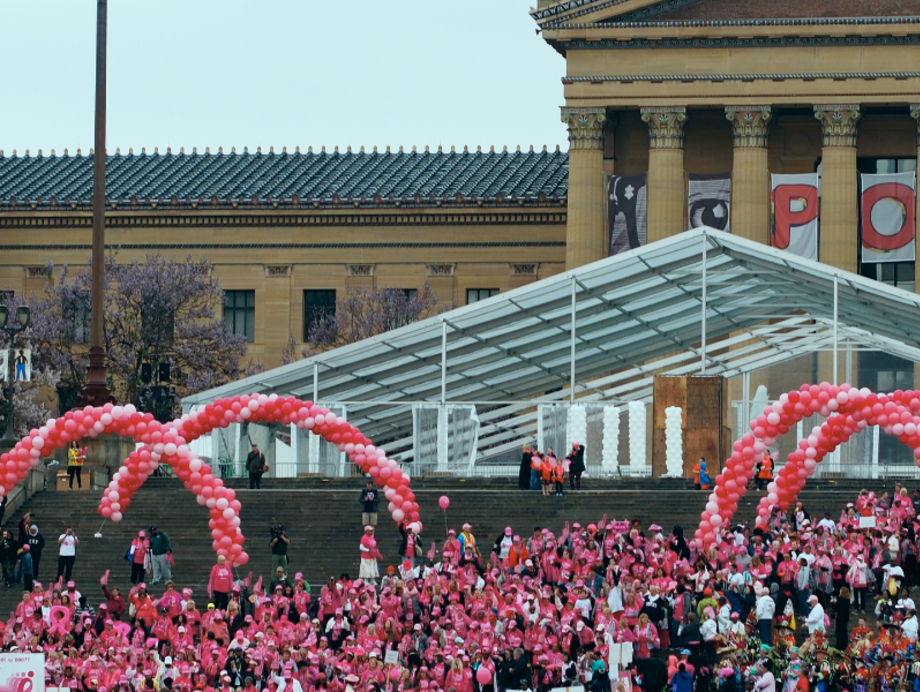