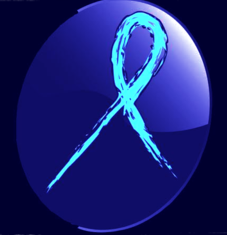 It's Time to Man Up!

An old farmer for years, plowed around a large rock in one of his fields. He had broken several plowshares and a cultivator on it and had grown rather morbid about the rock.  One day, after breaking another plowshare, he realized that not facing the rock was stupid. Remembering all the trouble the rock had caused him through the years, he finally decided he had enough and was going to do something about it.

When he put the crowbar under the rock, he was surprised to discover that it was only about six inches thick and that he could easily break it up with a sledge hammer. As the farmer was carting away the pieces he realized all the trouble he would have saved himself over the years, had he decided to do something about it sooner.  Likewise many men suffer needlessly because they fail to address or ignore symptoms of an enlarge prostate and early warning signs of prostate cancer or simply fail to get routine prostate checks.

Notwithstanding there are two sides to every story, especially when it comes to Prostate Cancer.  This axiom is greater for males of African American descent when it comes to diagnosis and treatment of prostate cancer than any other ethnic group.  For example, the earlier the detection the higher the cure rate, the greater the latency in discovery equals a high mortality rate with prolonged treatment and diminished quality of life.  According analyized cumulative data provided by the American Cancer Society, Atlanta, Georgia titled Cancer Facts & Figures for African Americans African American men will be stricken by prostate cancer at approximately the same rate as their Caucasian counter parts, but are likely to die at twice the rate.  In addition, African Americans are prone to be afflicted by the disease at much younger age; 50's compared to the mid to latter 60's for Caucasian males.  Researchers are yet to discover the reason for the disproportionality between Caucasian men and African American men, in terms of prostate cancer, but have narrowed their research to four key areas; Age, Race, Family History and where we live. Given those parameters, the Prostate Cancer Foundation, has developed an excellent resource website for men.  Please click on the links below. 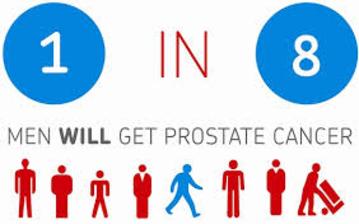 Benjamin Franklin, one of the nation's most prominent founding fathers is credited with the adage, "An ounce of prevention is worth a pound of cure."  Simply put, he was imploring us not to avoid a potential problem, but to deal with it before it before it becomes uncontrollable.   This reminds me of the fable about The Farmer and the Rock .

​     On behalf of The Philadelphia Graduate Chapter, Inc. I would like to extend a heart felt thank you to those whom supported our endeavor in drawing awareness, aided in raising needed funds, furthered efforts to treat and prevent Prostate cancer.  For the past several years I have personally have donated to this worthy cause, but this year a motivated by a coworker whom unceasingly shares his battle experience with prostate cancer and the trials others are facing against this deadly, but treatable cancer I decided to join the march and help the Fellowman of the Philadelphia Graduate Chapter raise monies to aid men in need.

The kind humble survivor whom I reference, without fanfare or cessation shares his story with coworkers.  He does such to implore men to obtain routine prostrate screening and to warn them about the consequences of overlooking early signs of a potentially deadly problem.  Although the person I speak has sufficient medical coverage via his past military and current employment, he informs us how the monies raised by organization's such as Gary Papa and Zero Cancer assist men in need with co-pays, hotel stays (for out of state treatments), delivery of prepared meals and transportation to appointments

Notwithstanding, As the Fellowmen and myself participated in the 5K walk, I took a  few moments during the walk to ponder the faithful supporters whom accompanied the men outfitted in Blue Survivor tee shirts.  Two particular scenes in particular stuck out the most, the first was a male surrounded by about twenty supporters cheering him on.  The other amazing sight was that of a middle age female pushing an elderly male survivor in a wheelchair through the 5K course.  It is that type of support provided by love ones and caring generous people such as yourselves which not only give hope to individuals facing cancer, but also shows that there is hope for humanity as a whole.  Thus, again on  behalf of the Fellowmen of Groove Phi Groove, Social Fellowship Inc., I thank you from the bottom of my heart for your support and generosity.

to Our Generous Donors and corporate match.  With your support, we were able to contribute needed funds in the fight against Prostate Cancer.