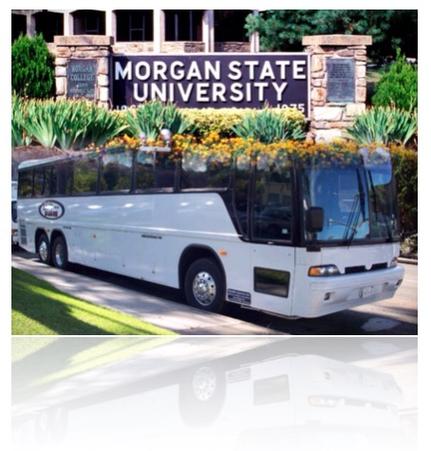 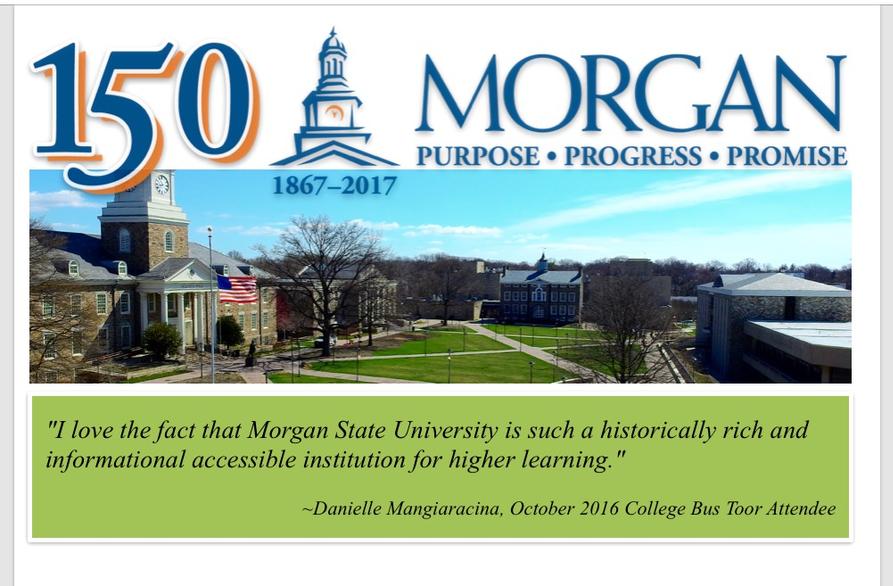 On October 1st, 2016, I had the honor to attend the college bus tour of Groove Phi Groove Social Fellowship Inc. hosted by the Philadelphia Graduate Chapter. When we first arrived at Morgan State University, I felt a bit out of place. Morgan State University is a historically African-American college that was founded in Baltimore, Maryland. I, being Caucasian, thought this was going to be a long and uncomfortable day until I met the tour guide coordinator named Jessica Shepard.

Right away, I was instantly drawn into what this woman had to say about the school due to such an uproar of positivity and school spirit that followed her; in every word that she spoke. Here, I found a vast amount of information such as how the school conceived, founded, developed, its acceptance rate of students, the many buildings that surround the campuses, and all of the different resources that Morgan State University has to offer. The articulation of Ms. Sheperd's words alone drew me in and led me to want to know and understand everything that there is to know about Morgan State University. She was awesome.

an up-close view of the many different buildings, resources rooms, and sports centers available. My favorite part on the campus had to be the Earl S. Richardson Library. Although I was not able to physically see the inside of the library. I love the fact that Morgan State University is such a historically rich and informational accessible institution for higher learning. A place where students can obtain research information

for essays and other classwork assignments; other than having to revert to the internet.  Another thing about the university that really captured my attention, was how each major has its own building. For example, the study that I am most interested in pursuing is Psychology, which requires a lot of research. Because of the way the school is constructed, I know that anything that has to deal with that particular field would be in the Martin D. Jenkins Behavioral and Social Sciences Center.

Following the walking tour, we headed to the football field where we were going to witness the Morgan State Bears demolish the Delaware State University Hornets. Unfortunately, due to the inclement weather, we had to end our tour early. Overall, a day that I thought wasn’t going to go well, turned out to be a great experience that I won’t forget due to the positive atmosphere and students that inhabit what is known as Morgan State University.