The controversial, but effective campaign run by the Nation’s 45th President, exposed cracks within our nation.  The victor focused on the differences among our nation’s citizens, differences such as religious choice, gender, class residential setting, and race.  Unlike our current president the Reverend Dr. Martin Luther King, Jr. understood that The United States of America could only be great if we set aside our differences and focus on the content of each person’s character.  He further indicated that, "everybody can be great . . . because anybody can serve.  You don’t have to have a college degree to serve.  You don’t have to make your subject and verb agree to serve.  You only need a heart full of grace.  A soul generate by love."

On a beautiful January morning a diverse group of individuals from different economic stratus, education levels, ethnic backgrounds and religious beliefs gathered at Finley Recreation Center in the Northwest section of Philadelphia for a day of service.  In particular the Bonsignores, a white family from Harleysville, PA worked side by side and hand in hand with two black men of Groove Phi Groove, Social Fellowship, Inc. and a little girl.  Together this unique, but different group cleaned the outside tennis court and Basketball areas where inner city black children play.  As these faithful servants pulled weeds, picked up broken glass and removed leaves and other debris they shared personal stories, dreams, and hopes for the future.  Through their exchange they were able to recognize that despite a person’s stature in life or ethnic makeup we are all the same.  It is this very interaction which Dr. King had in mind when he envisioned a unified America.  Dr. King understood that when people work together toward a common goal, bridges are built, stereotypes are eroded, and collective purpose flourishes. 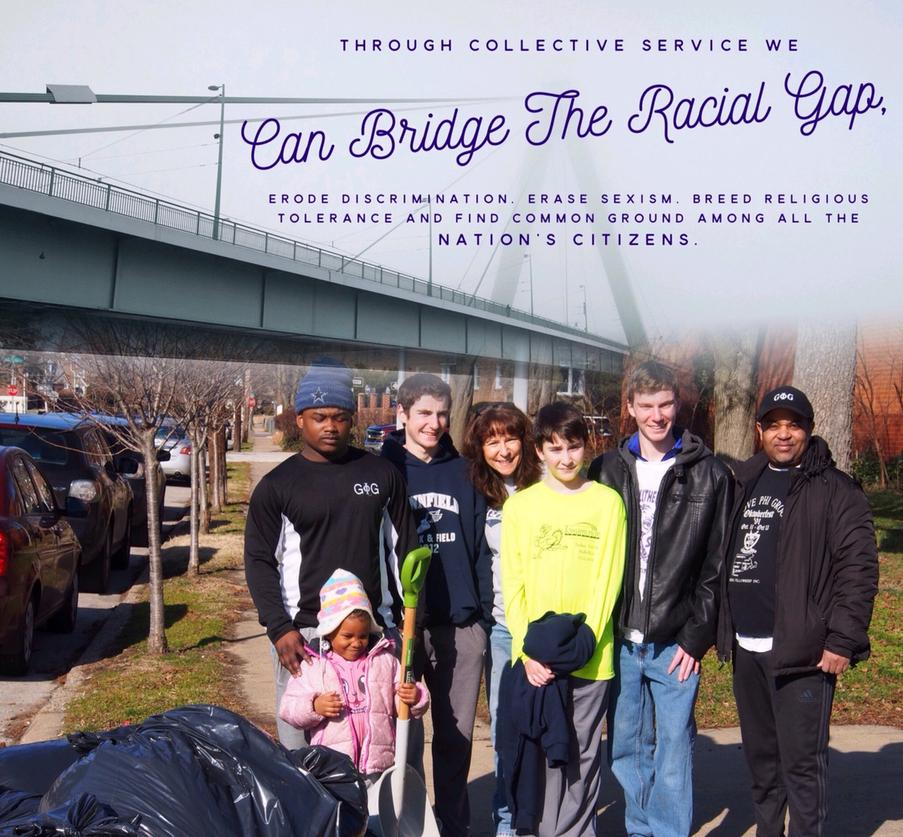